Over the past several years, I’ve had many visions of the United States becoming engulfed in water. In my notes from 2004, I had a series of visions that California dropped into the ocean completely, ker-plunk. Over the past two years, the visions have been showing the United States split down the center. It’s hard to say whether or not it’s just a reflection of all the floods they’ve had in those regions, or whether or not it’s something a bit more permanent. It could go either way.

To try and illustrate the visions that are being shown, I took a map of the United States and did some digital editing to try and show what I’m being shown. And this isn’t the first time these things have been seen. One of my members sent me some maps that various visionaries from the 80’s had created about the visions they were having. They all varied a bit, but essentially, they were all very close to the same things I’ve been seeing—massive areas of the United States covered in water.

Regardless of whether or not it’s flooding or sea levels rising is rather irrelevant. The effects of this type of water coverage would be rather extreme. The immediate damage of flooding is structural damages and casualties. The long term effects are the contamination of water and water born diseases. The economic hardship would be beyond imagine. And while you may think that flooding is no big deal, the 1931 China Floods resulted in 2.5 to 3.7 million lives being lost. Numbers like that are hard to fathom. The population of the states between the Great Lakes and the Gulf of Mexico is over 61 million. Not to say that many would be lost, but anyone in that area would be effected in some way. 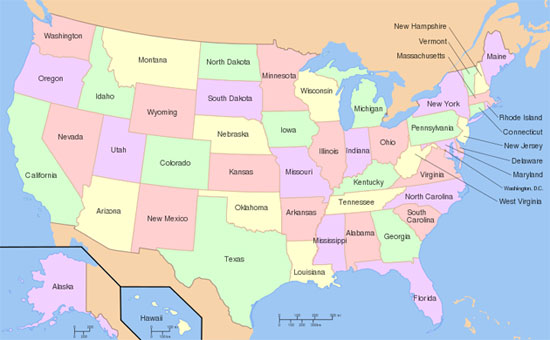 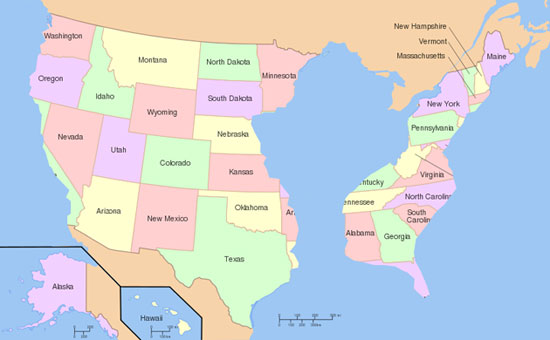 While it may seem hard to believe that this much land could end up being covered by water, it’s not as impossible as what one might think. The average altitude of these states is only 654 feet above sea level. A combination of freshwater flooding, which is quite common for the area, along with any substantial rise in sea level, the simple math shows it’s not only possible, but probable—not to mention other factors and variables, such as transgressions caused by land sinking and the shift of tectonic plates.

It’s theorized that melting of polar ice would take about 15,000 years, but that doesn’t take into consideration the possibility of things such as underflow moving large masses of ice out to sea faster or other earth changes, such as tsunamis, earth quakes, and even pole shifts. If Greenland, the Antarctic Peninsula, and the West Antarctic Ice Sheet were to melt abruptly, the sea level would rise 243.7 feet (74.3 m). That may not be enough to cover the entire area shown, but it’s nothing to shrug off either.

Right now, the world is facing a major catastrophe.

What happens when a methane bubble as big as 20 miles wide on the ocean floor erupts in the Gulf Coast area?

I had visions of the gulf oil spill, 10 days before it happened. But I only mention that stuff in the private area of this site, and I didn’t have any idea of what it meant at the time. In my visions, I got the message that “the military will not get out”. I don’t know what that means. I was more concerned with the sea creatures that I was seeing that were effected by the entire mess. But this is a mess that humanity will not escape. They’re beyond knee deep in it already. It’s beyond their control.

The visions of the United States being split by water was something that I considered as a possible long term evolutionary earth change. I thought it was interesting, but that it might not happen for thousands of years. But it may not be as long term as what one might think.