Chivalry is pretty much dead and gone from this modern world we live in. Women just aren’t as healing, nurturing, and soft as they used to be. Men just aren’t as courageous, honorable, and strong as they used to be. It’s the degradation of a system based on ego and rigid intellectual coldness. It’s the devolution of humanity. Humanity is supposed to mean “benevolence” — and losing it is the only real fall from grace. To lose a natural sense of loving kindness and well meaning is to fall into darkness and shadow.

It may seem like an entirely archaic and outdated philosophy, but ego and rigid intellectual coldness are no sign of human advancement. Technology is no real sign of spiritual evolutionary improvement. In fact, such things are the opposite of what a spiritual evolutionary path and purpose even are — because a true spirituality is one that is in harmony with nature — not one that is destructive towards it. True spirituality is to have a benevolence towards others — not a coldness — not a selfishness — but a warmth.

So, although chivalry may seem old-fashioned, we actually need it now, more than ever before. Because modern conveniences, education, entertainment, jobs, lifestyles, money, products, success, technology — these things mean absolutely nothing — without the basic fundamentals of what it actually means to be a true human being. Without the basic fundamentals of true human virtue — what good are we? None.

Consciousness, healing, perception, and vitality are all a matter of developing a genuine warmth. Love is a vibrational resonance of warmth. Kindness, generosity, and reverence are what grant it to you. This is to become a genuine human being — down to earth, natural, and real — authentic. It’s not enough to just pretend to be these things on the surface. Political correctness and social niceties are mostly just the lip service front of an ego that’s silently harboring hidden dark inner attitudes, motives, and agendas. Pretending to love and respect everybody — while silently scowling and snarling at each other underneath the surface is evil, fake, and transparent. And it can’t be the other end of the spectrum stuff either — the fake dippy, hippy stuff. Kindness, generosity, and reverence have to be something sincere and true from within, otherwise it means nothing. It’s simply a matter of being something real — genuine.

Chivalry should be something natural. But for some strange reason, it just ain’t. Chivalry was lost. 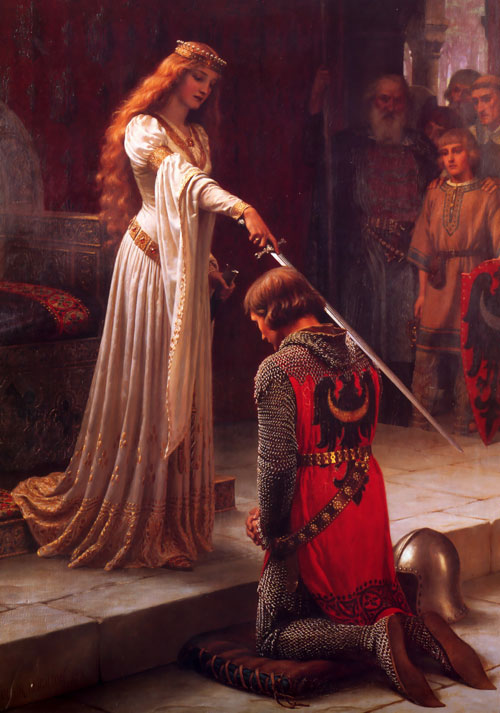