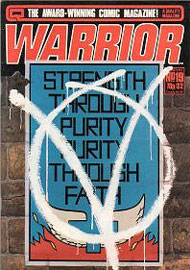 V for Vendetta originally appeared in 1982 in the black-and-white British comic book, Warrior, written by Alan Moore and illustrated by David Lloyd. The story was about anarchy in the UK, set in a near-future, post-nuclear police state, where political prisoners had been rounded up into concentration camps and used for experiments. An escaped prisoner and anarchist revolutionary wearing a Guy Fawkes mask, known only as “V”, sets out on a quest of vengeance against his captors and sparks a revolution to bring down the government. 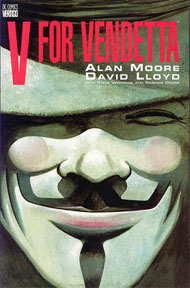 Warrior was cancelled in 1985, and then in 1988, DC Comics published the ten-issue series, reprinting the Warrior stories in color.

V for Vendetta was a turning point in comics from children’s stories towards deeper subject matter.

The graphic novel was adapted into a screenplay by the Wachowski brothers, and released as the 2006 Warner Brothers film of the same title, V for Vendetta.

The movie brought the V for Vendetta story to a broader audience. It covers a wide range of controversial themes, and it does contain violence, but if you can look beyond that stuff, there are deeper messages. The powerful words of V invoke feelings and ideas, beyond emotion, beyond opinions, the true feelings and inspiration of a deeper inner wisdom. “The Enunciation of Truth.” 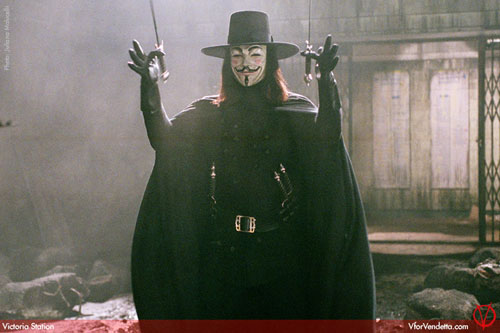 While the film centers around themes of anarchy and the defiance of fascism, and while such things can be inspiring, what I find most interesting about the story is the transfiguration of Evey Hammond. Evey starts out as a terrified young woman, locked in the tick-tock routine of the system. When her friend’s house is ransacked by the secret police, and he gets bludgeoned and black-bagged, Evey tries to escape. She’s unknowingly rescued by V, who then simulates that she’s been taken to a detention facility, where she’s shaved, locked in solitary confinement, interrogated, and tortured for information. 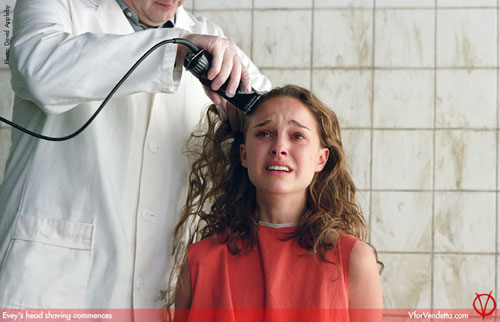 While V’s tactics are rather extreme and harsh, they are extremely effective. By the end of the process, Evey has transcended her fear and would rather die than comply to the scare tactics of overt control. 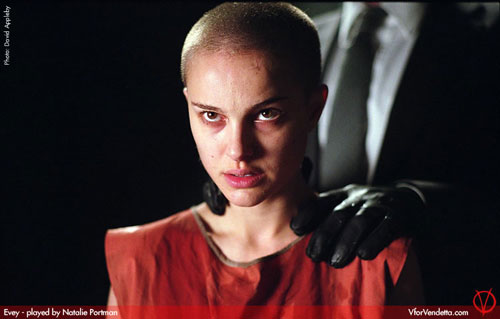 The most beautiful scene of the film is when Evey is released. This is nothing less than the death of the human ego and being reborn as the true and natural self. The journey from ego into spirit. Awakening. 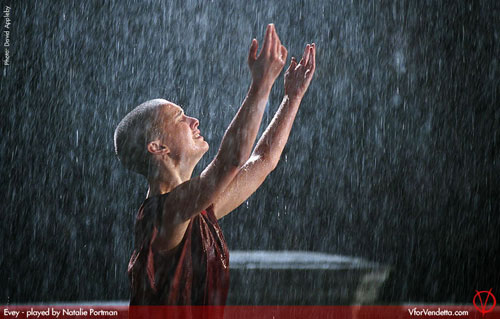 Redemption — “God is in the Rain.”