Rise of The Welfare State

The COVID-19 Experiment and 2020/2021 Stay At Home Lockdowns have caused all sorts of interesting and strange new phenomena. One of the things that is sweeping across the United States is that Help Wanted Signs Are Everywhere — But Nobody Wants to Work.

The businesses and restaurants are all open, but too baffled and understaffed to function efficiently, if even at all. So they are starting to change their hours or even closing early — Not From a Lack of Customers — But From of a Lack of Employees.

It’s one of the strangest things I’ve ever seen.

If there’s one thing that The COVID-19 Experiment and Welfare System have proven, it’s that If You Pay People To Stay At Home, Not Work, Play On The Internet, and Watch TV — Then People Don’t Want to Work. They Just Want The Welfare Check.

Some people are actually making more money on Welfare, than they were with their jobs. And The New Normal Deadbeat Mentality has become, “Why Have A Job and Work?”

How about a little sense of dignity, self-respect, or actually contributing to the society that is actually financially supporting you?

It’s The Rise of The New Welfare State.

Welfare is supposed to be about “Assistance” — Not necessarily “Total Dependence”.

Modern Welfare Systems were developed during The Great Depression in the 1930’s — because of A Lack of Jobs. It was about a financial crisis, industrial inactivity, recession, and Unemployment. During the 1930’s, People Wanted to Work — and it actually caused migrations and protests of people searching for jobs. 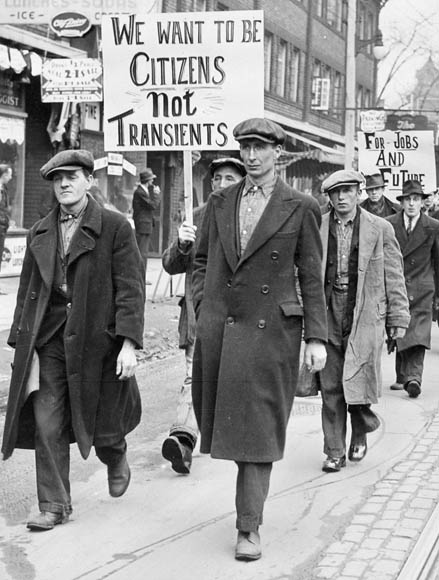 Today, Jobs Are Everywhere — But Nobody Cares.

The Million Dollar Question Is: If Jobs Are Everywhere, and If Welfare Was Originally Based On A Lack of Jobs (Unemployment) — Should Welfare Even Be Provided?

If Jobs Are Everywhere, Can You Really Call It An Unemployment Problem?

It’s A Lack of Initiative and Motivation Problem.

It’s also A Lack of Incentive Problem, but that has more to do with the minimum wage and part-time labor issues that businesses take advantage of and abuse. You have to look at things from both sides of the equation — but I don’t want to get into the economics of it too much. It’d be a bit long-winded.

The short and unsweet version is that you can’t work for minimum wage (few dollars per hour) in a part-time job (few hours per week) and actually financially support yourself or your family (very expensive). You simply can’t cover the costs involved. And situations like that may actually justify assistance or necessitate getting a second or even third job.

But that equation has always been the same.

What hasn’t been the same is that the 2020/2021 Stay At Home Orders and the Welfare System have given a broader range of society a taste of Welfare — and Nobody Wants to Go Back to Work.

The problem with The Welfare System is that it’s being abused by people who are healthy, fit, and strong enough to work — they just don’t want to. They aren’t necessarily in any real financial, medical, or social crisis or devastation — of which was the very reason and purpose for developing The Welfare System in the first place. They aren’t necessarily trying to improve themselves or to improve their situation themselves. And they certainly aren’t trying to contribute anything to society or the solidarity that provides for them.

They’re Just Happy and Content To Sit Back and Feed Upon Others.

Self-Entitlement is a very strange disease. Believing that you inherently deserve privileges and special treatment for doing absolutely nothing is a psychological disorder.

Abusing the Welfare System, when there are actually people out there who really need it is a crime. It’s fraudulent activity. But criminals and greed have no sense of morality.

I’m not talking about the people who use a little bit of assistance to get themselves back on their feet and actually apply themselves to improve their situation. They’re actually the ones who are willing to work and contribute to their own well-being. They earn it.

The New Welfare State — Do Not Apply Yourself. Do Not Work. Do Not Make Money. Do Not Pay Rent. Lose Your Business. Lose Your Job. Stay At Home. Lose Your Mind. Become Totally Dependent And Reliant Upon The New State for Your Food, Healthcare, Housing, and Basic Material Needs. Financial Independence is Unnecessary. Self-Reliance and Responsibility are Unnecessary. The Essential Workers Will Pay Their Taxes. The Welfare State Will Pay Your Bills. Sacrifice Your Freedom And Power For A False Sense of Security. Do Not Oppose The State, Otherwise You Will Lose The Financial Assistance It Provides.

Those are the attitudes of Dictatorships and Totalitarian Societies — where you sacrifice your freedoms and become Totally Subservient to The State — Obeying Without Question.

Dependence is A State of Being Controlled.